The Worst Summer Ever (weather-wise) in Seattle continues. I couldn't take the idea of spending a mid-July weekend under cloud-cover so I planned a long journey on the other side of the mountains. The first night I camped with some good friends at Wanumpum state park, on the Columbia River, just 3 miles south of where I-90 crosses the river. We sat in the dark and talked about the world until it was time to go to sleep in our tents. 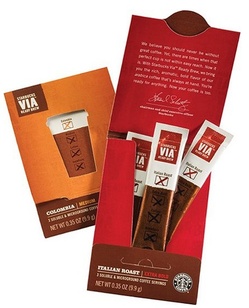 The only way to Camp
Up at 4:30AM. Between the JetBoil and the Starbucks Via I'm caffeinated with-in minutes and driving across the bridge and then south to the Nunally trailhead. The mosquitoes were merciless, that's definitely a theme everywhere in the Northwest this year.
As I hoisted my float-tube down to the lake I could see big fish rising across the placid surface. Yippee! Out in the water was a different story; with no wind, the fish were very, very picky and I could not fool them at all. They appeared to be rising to little winged ants. I had nothing in my fly box that looked like that. I eventually broke down and switched to fishing a wet fly (a Carey special, the ultimate still-water go-to fly). I picked up a single fish.
The fishing died off as mid-day approached, as I had been warned. I had been the only angler there all morning, with only a crop duster for company. The fishing could have been epic if I'd been able to match this hatch. Maybe next time.
I used the unproductive mid-day hours to drive way north to the Okanogan region. Passed by Steamboat Rock on the east side of the Columbia, where hordes of campers were joining with the hordes of mosquitoes. Eventually I made my way to Aeneas lake, which I'd always wanted to visit. 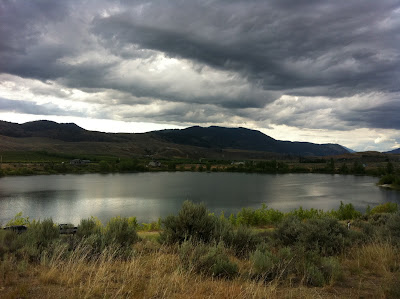 Aeneas Lake
Aeneas is a beautiful little lake with a reputation for producing quality trout, but I'd arrived too late in the year; the water was too warm for trout. I fished it anyway but didn't get a bite. On the shore I saw a very strange site. The complete bleached skeleton of what appeared to be a fox or small dog. Eventually a thunderstorm chased me off the water and I got back in the truck to continue the trip...