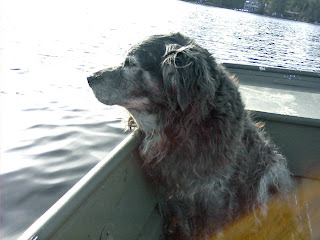 Cheyenne and I took the boat out today to enjoy some of this fine March weather. It was 55 degrees out as we launched into Lake Alice at 4:30pm.

There was one other guy out there and he said he said it was slow. I figured it would be -- until they plant the lake later in the month but then it will be a zoo.

Cheyenne and I were here after some of the wily hold-overs that inhabit the lake.

We fished two hours and caught two fish. There was a nice mayfly hatch going off -- classic size 14 flies with green bodies. The two fish were caught on my ratty BWO flies that look somewhat like the naturals. They are at least the same size anyway. 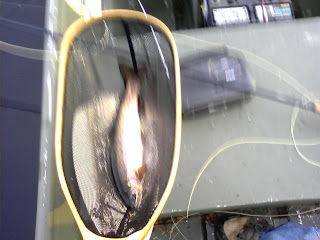 There's few feelings better in this world than seeing a picky fish take your dry fly on a mirror-like lake. You know everything is okay if only for a few minutes. Here's one of the fish -- he looks smaller than he really was. Probably 14" and he'd been eating quite well over the summer. 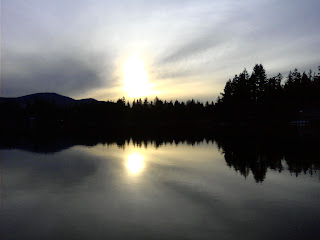 We got off the water just as the sun was going down and it was getting cold. Muddy boat launch. Nice evening of fishing.
Posted by David Holmes at 6:06 PM 0 comments