The One that Got Away

About a year ago, the Mrs. and I dropped our little jon boat into Calligan lake.  This is one of my favorite places to fish - it is a 300 acre mountain lake, just on the border of the beautiful Alpine Lakes Wilderness.  On this morning, the sun darted in and out of the clouds and a slight, wind pushed our little boat eastward as started casting our fly-lines back toward shore. 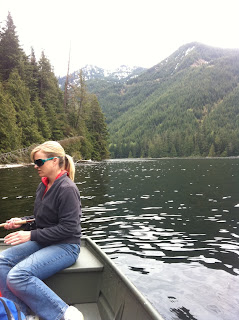 We approached a familiar shoal.  “Be ready, I always get fish here” I told her, and sure enough, we each caught a fish; her’s was a cutthroat and mine, a brook trout.  The wind kept pushing us eastward at a nice pace, so we rarely had to adjust with the motor.  The fish became very cooperative and we caught a mix of all three types of trout in Calligan.

She and I fell into the happy trance of anticipation, excitement, reward, and then peace that is fly-fishing when you do it right.

It felt like all the tension between us was slipping away with each fish caught.  After just 2 hours on the lake, we were a team again; our fly-lines never tangled each other as we silently and unconsciously alternated our casts.  We celebrated each other’s catches.  We talked about the trout and the scenery but mostly we just fished.

Eventually the action died away and we found ourselves bobbing in the middle of the lake.  We were both facing the peaks that border the Wilderness next door.  We sat for a while in silence, just soaking up the peace and solitude.

“Let’s not do this.  Let’s not get divorced.” she said.  Her voice was low and clear but there was a pain in it. 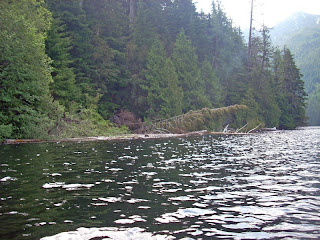 I kept looking at the snow-capped peaks far away.

The world seemed to stop.  The wind disappeared and the water became calm.  The sun and clouds froze in place.  The future of our lives, and that of our son, depended on this moment.

I couldn’t look at her.  I knew that she would be too beautiful.  And, I was afraid that the pain in her voice would be showing in her eyes.  The words came out of my mouth, surprising me, I wasn’t really sure what decision I had made.

I re-engaged the motor and turned the us toward the boat launch.  I could hear her weeping softly, making those sniffling sounds one makes when they are trying to stop.

Something about the moment made it clear that she would not offer this again, and she hasn’t. Fly-fishing had temporarily brought us close enough back together that we could have bridged the distance.  She had reached out to me and I turned away.

Now I wake up alone every day.  Life gets smaller and smaller as I give away my last few things.  Soon I will have nothing and when the house sells, no home either.  She and the boy live in another state now, they seem happy and prosperous.

Life stopped for me at that moment.  When the sun and clouds and wind stopped its almost like they never started moving again.

I constantly relive that moment on the water and each time my face gets tight and hot.

I should have looked at her.

I had everything and in that moment I let it slip away. 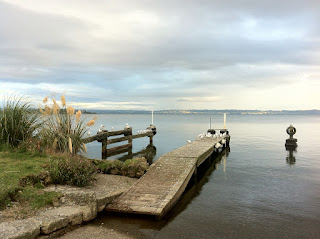 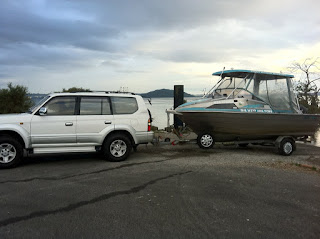 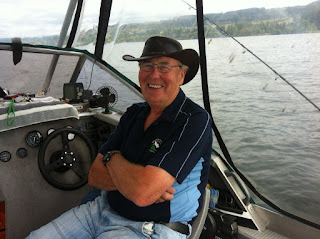 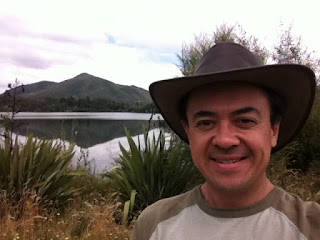 
If I decide to visit Lake Rotorua, well, it has an "international airport" right next to the lake.  Ernie says you that on Tuesdays and Saturdays you can take a 737 from Sydney directly to Lake Rotorua, and if you arrange it with him, he'll pick you up on shore, right next to the airport.  How cool is that!
Posted by David Holmes at 8:01 PM 2 comments